All About Salt Varieties Used With Smoker Recipes

Knowing a little about salt will help you to improve the taste and quality of your food. There are differences in purity, taste, and density, and understanding the various qualities of the different varieties of salt will give you an edge in the kitchen. 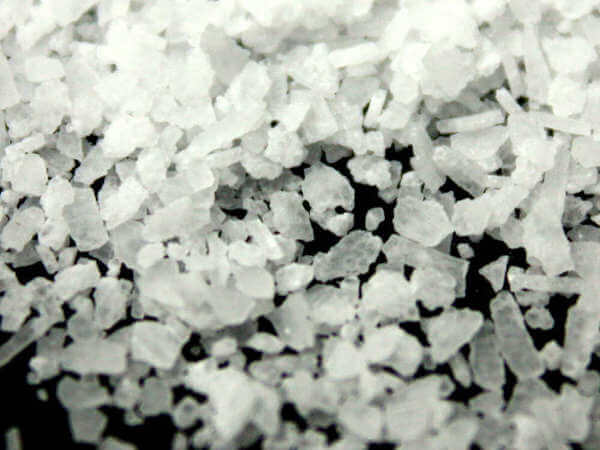 There are several types of salt available. Table salt, kosher salt, canning salt, curing salt, and rock salt are all easily acquired. Some are fine to use for cooking and seasoning food...others are not.

Finer grained salt has more surface area exposed. The greater surface area allows the salt to dissolve quicker and more completely when added to water, or put on the surface of food.

Kosher salt, even though large grained, also has a lot of surface area. The salt is composed of many small grains of salt fused together, and has the ability to absorb liquids to a certain degree.

The graphic below shows the relative granule size of four different types of salt. The structure and the size of the grains affects how quickly the salt will dissolve, and how it is measured.

Characteristics and Uses of Common Types of Salt 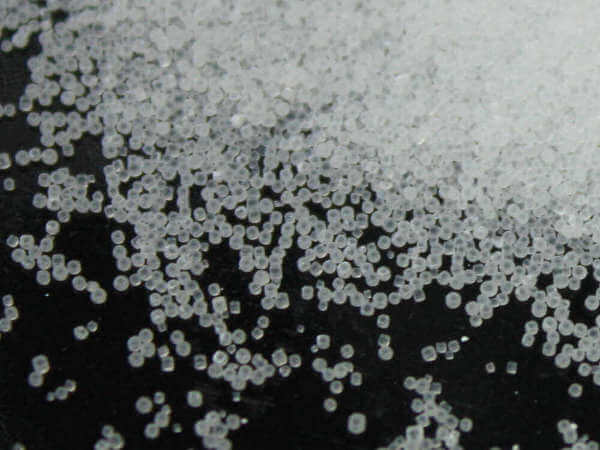 Table salt is available in two varieties...iodized and non-iodized. Iodized salt contains a very small amount of iodide, which is a required nutrient for us humans. However, iodized salt can add a metallic off-flavor to foods.

Non-iodized salt is free from the added iodide, so it can be a better choice, flavor-wise, than the iodized variety.

However, both types of table salt contain anti-clumping agents which keep the salt free-flowing in humid weather. One of these is sodium silicoaluminate, which doesn't sound appetizing at all. Anti-clumping agents can add unwanted flavors to your food.

Also known as pickling salt, this is a very pure salt made for food use. It contains no additives of any kind, and since there are no anti-clumping agents, it can form lumps if it's exposed to humidity. This doesn't harm the salt at all...just break up the lumps and it's fine to use.

This salt is also finer grained than table salt, so it dissolves quicker. It is excellent for brines,  marinades, and general use in cooking and seasoning.

In addition to the four types of salt seen above, rock salt is very common. It's uses include melting ice on roads and sidewalks and making ice cream. It usually contains many impurities which can negatively affect the taste of foods.

Rock salt is salt just as it comes from the mine. The only processing done to it is crushing and sifting.

There Are Many Varieties of Sea Salt to Choose From 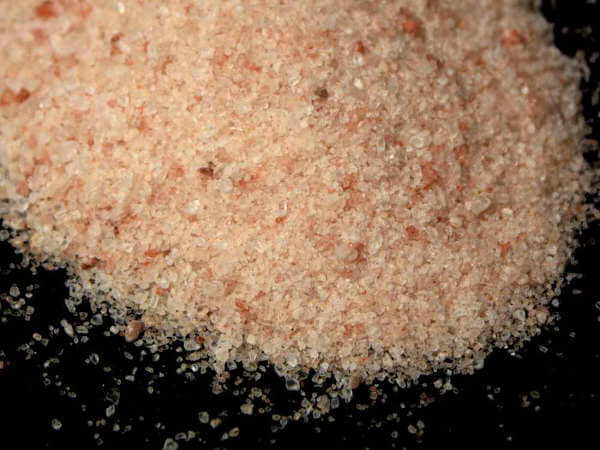 There are many different varieties of sea salts available. Made by drying the seawater of various locations, a few are considered gourmet quality, and command hefty prices.

Black salt, Celtic salt, Pink Flake salt, Fleur de Sel, Hawaiian Red Salt, Himalayan sea salt...these are just a few of the gourmet salts you can find. All are claimed to enhance the flavor of foods much better than run of the mill table salt. 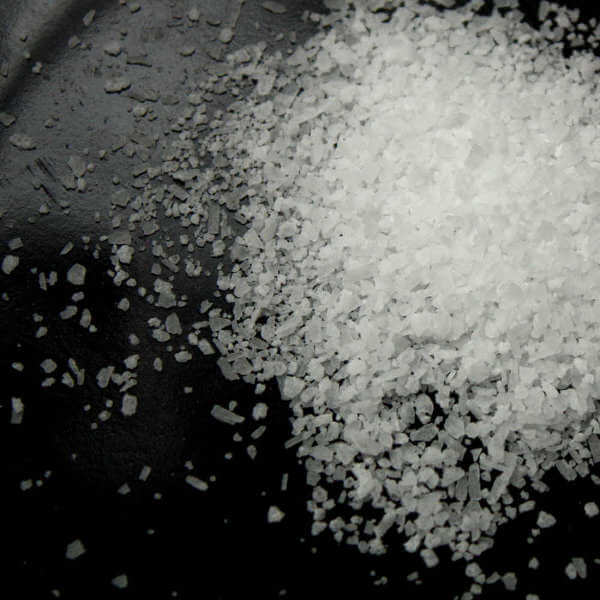 Kosher salt is a very pure salt and is rather large grained.Its  shape and structure  give it the impression of being fluffy. That's why it seems to have a lighter, less intense flavor than other salts.

Some of these may contain anti-caking agents. Kosher Morton Salt contains yellow prussiate of soda. I don't detect any off flavors when tasting this salt, so either I'm not sensitive to the taste, or it's a relatively tasteless substance.

It is lighter than table salt or canning salt by volume. There is more salt in a cup of canning salt than there is in a cup of kosher salt...something to be aware of when substituting one for the other in recipes. 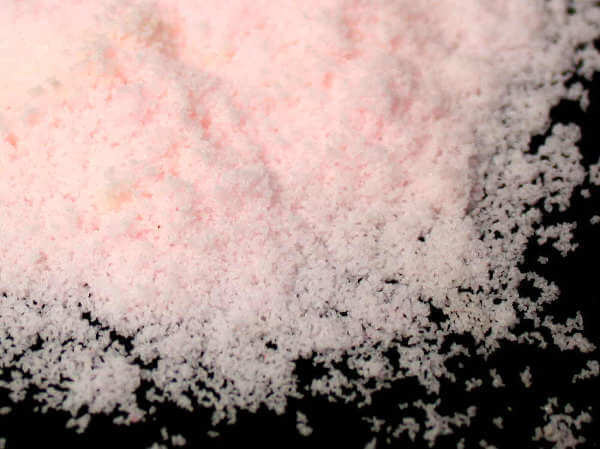 These curing salts are very concentrated and should be used with caution. Used for curing pork, poultry and sausages, and it doesn't take much to provide the desired effect.

Prague Powder #1, also called Pink curing salt #1, is made up of a mixture of 6.25% sodium nitrite and 93.75% common table salt. This curing salt is used for meats that will be cooked after curing.

This curing salt is used for meats that will be air dried and not cooked. The sodium nitrate breaks down over time, converting into sodium nitrate. It assures that the meat is cured over an extended period of time.

When using curing salts such as these, take extreme care to be precise with your measurements, and make sure you're using the exact type of cure that the recipe calls for.

Though safe when properly used for curing meats, both sodium nitrite and sodium nitrate can be dangerous if used improperly. 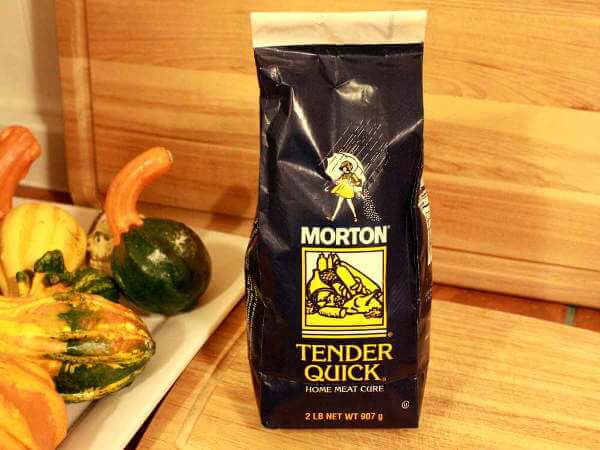 The ingredients include salt and sugar, along with 0.5% of sodium nitrate (NaNO3) and 0.5% sodium nitrite (NaNO2). A small amount of propylene glycol is added in order to stabilize the mixture. 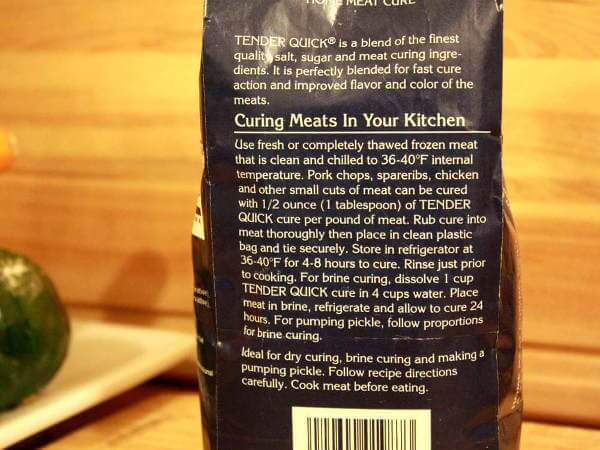 Morton Tender Quick® is one brand of meat cure. It doesn't take a lot to cure meat...for small meat cuts, just one tablespoon per pound, rubbed into the meat, will cure the meat in four to eight hours. It can also be used in brine curing.

On some occasions you might have the desire to add a touch of smoke flavor to your foods without having to go to the trouble of using your smoker.

Season a steak with smoked salt and pan fry it, and enjoy that smoky taste. I like to sprinkle a bit of this salt on my eggs as they're frying in the pan. It makes them taste great!

Results of a Comparison Of Different Types of Salt

All Salt Is Not The Same - Measuring Salt Accurately 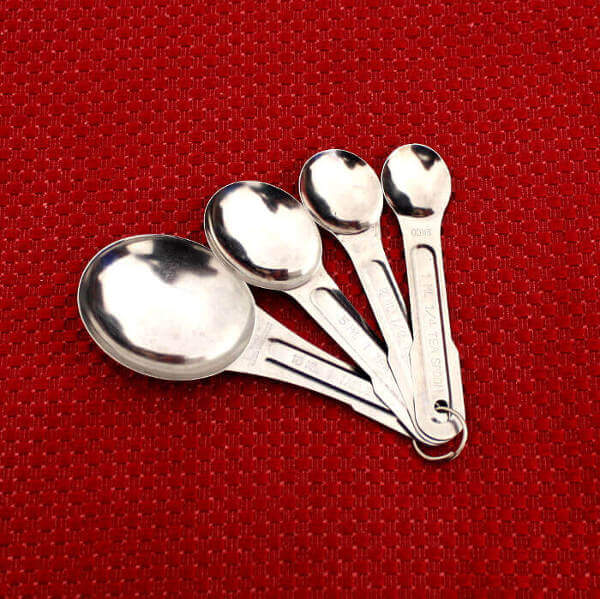 Because of the even grain size of table salt, canning salt, and curing salt, they all weigh very close to the same amount per equal measure. That means that cup for cup, there is an equal amount of salt for those three types.

Kosher salt is different. Because of its structure and shape, it packs looser and is fluffier that the other salts. And the structure varies from brand to brand. 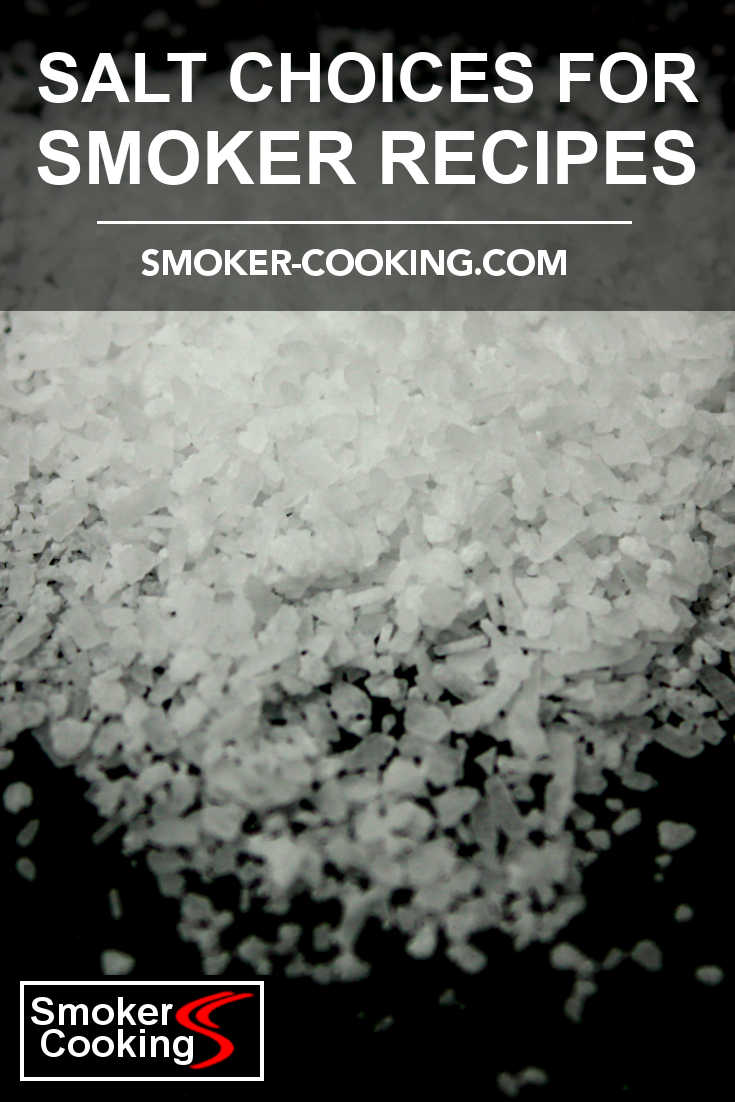 A cup of ordinary table salt (or canning or curing salt) weighs ten ounces. A cup of kosher salt can weigh anywhere from five to eight ounces, depending on the brand.

This means that to equal one cup of table salt, you'd need one and one-half to two cups of kosher salt. To be exact, weighing salt for your recipes is most accurate. Start with the lower amount when you convert, and adjust to taste.

There's a lot to know about salt. Choosing the best salt type for your smoker recipes will help you create the best tasting foods possible.