Some recipes for beer butt chicken put all the responsibility for great flavor on that little 12 ounce can of beer up there between the ribs of the bird. I hate to put that much stress on my old friend Bud, so I decided to give these big fat hens a triple punch of flavor. 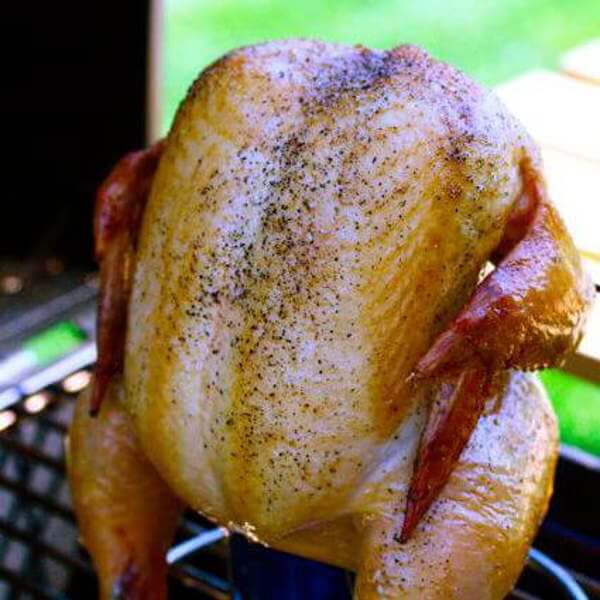 The chickens chosen for this recipe weren't your typical run of the mill fryers. Oh no! Big juicy roasting hens were the choice here, each weighing in at about six pounds. There's a lot of meat hanging on those bones!

Three additions of flavor to these birds makes for some flavorful eating. The first punch of flavor comes from a brining session.

Second, an intense, garlic and herb marinade is slathered on the chickens, inside and out. And lastly, the beer can is filled with aromatic flavorings that literally steam taste into the meat, from the inside out.

Heat about two quarts of the water to a simmer and add the salt, syrup and seasonings. Stir together until the salt is dissolved, then allow to cool.

Rinse the hens inside and out and trim off excess chunks of fat. With a pointy knife, poke several holes through the skin over the breasts, thighs and backs.

This will let the brine and marinade in. Add the seasoned water to the cold water and submerge the hens. Allow to brine in the fridge for three hours.

The marinade really packs a wallop of flavor. Combine...

Combine all the above ingredients and divide into two gallon freezer bags. Place one the the hens in each bag, seal them up, and massage the bird vigorously, rubbing the marinade into every crevice. Let them soak in the marinade for two to four hours.

Now for the can. The beer butt chicken will be steamed from the inside and crisped up on the outside when it hits the grill. To flavor the cans, first pour out about half the beer. Or drink it.

Cut a larger hole in the top of the cans with a sharp knife, being very careful not to slip and slice yourself. To each can, add one tablespoon each of chopped parsley, rosemary, sage, and garlic.

Remove the hens from the bags of marinade and let them drain for a bit. Slip in the beer cans, then position the birds on the grill.

Use the indirect grilling method, burner in the middle off (where the chickens are) and the outer burners on. Try to maintain a temperature of between 300-350 degrees Fahrenheit.

Keep enough space between the chicken to allow the heat to reach all sides. Keep the lid closed while the chickens cook.

Grill until the skin is nice and crispy and the internal temperature of the breast meat reaches about 160 degrees.

At that point, remove 'em, carefully pull out the beer cans, place 'em in a baking pan and cover with foil and a towel.

Let the chickens rest now for about 20 minutes. After all they've been through, they really need to relax. 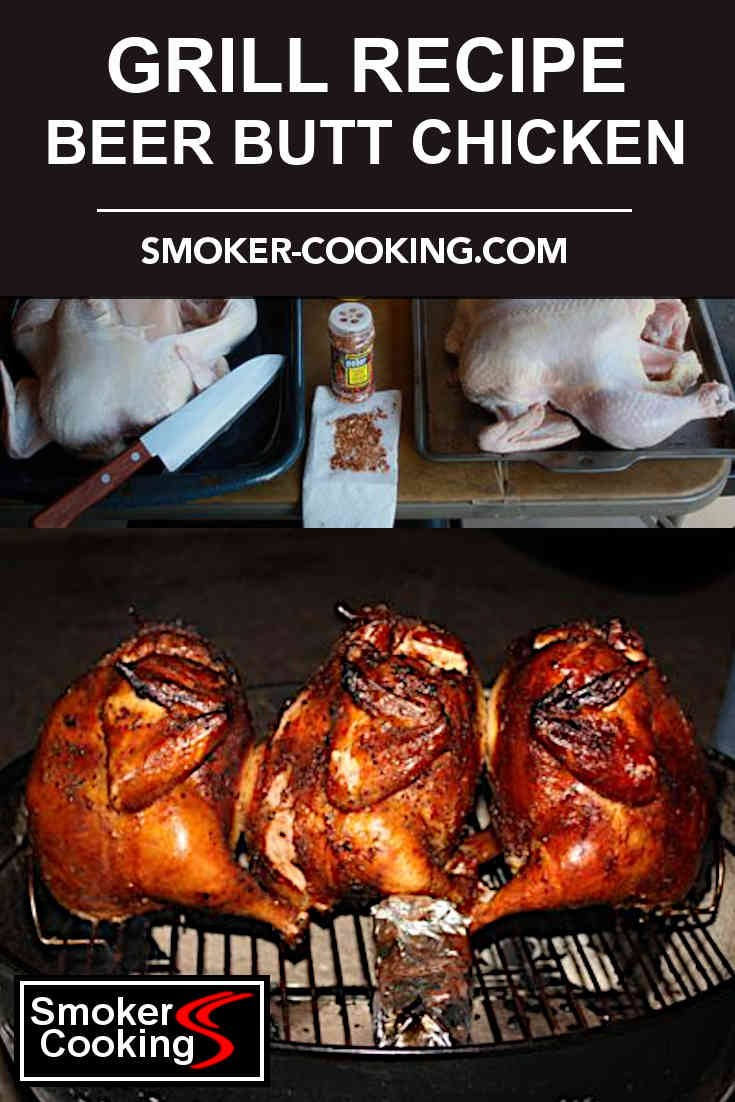 After the rest, cut 'em up any way you like and let the eatin' begin! These beer butt chickens will surely be a hit any time they're served. Enjoy the meal!