This flavorful grilled spatchcock chicken recipe cooks in less time than it takes to grill a whole chicken. The chicken is partially de-boned and butterflied, and looks great on the plate.

The word spatchcock may have originated from the phrases "dispatch the cock" or "cook with great dispatch". 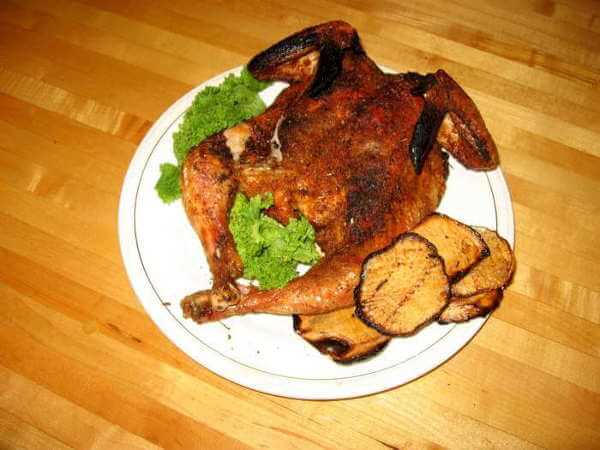 It's Easy To Make a Spatchcock Style Chicken

In preparing spatchcock chicken the backbone is cut out, the bird is pressed flat, seasoned, and is then grilled or roasted.

A pair of sharp, heavy duty scissors is all you need to prep the bird. Just cut along each side of the backbone, from end to end to remove the bone. (don't toss it out...save the backbone for soup stock)

After removing the backbone, spread open the body cavity and on a flat surface, press the chicken firmly until flattened.

Brining The Chicken Makes It So Much Better!

How to Make a Chicken Brine

Now that the chicken is prepped, it's ready to be brined. When chicken is brined, the muscle fibers change in a way that traps moisture as it cooks. Spices, herbs and other flavorings added to the brine add flavor at the same time.


Heat one quart of water to a boil and add the spices. Cover the pot, remove it from the heat, and let the the mixture steep until cooled.

Add the sugar and salt to the remaining water, and stir until completely dissolved. Add the cooled herb tea to the water and place the brine in the refrigerator overnight.

Brine And Season The Bird

Add the spatchcocked chicken to the brine and let it soak for at least four hours, but no more than eight hours, in the fridge. Give the bird a quick rinse, pat it dry with a towel.

Coat both sides with olive oil, then season with a mixture of one teaspoon black pepper and one teaspoon of onion powder. 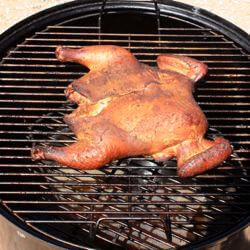 Reposition the chicken in the grill so it can finish cooking over indirect heat. Cover the grill and cook for another 20 to 30 minutes. 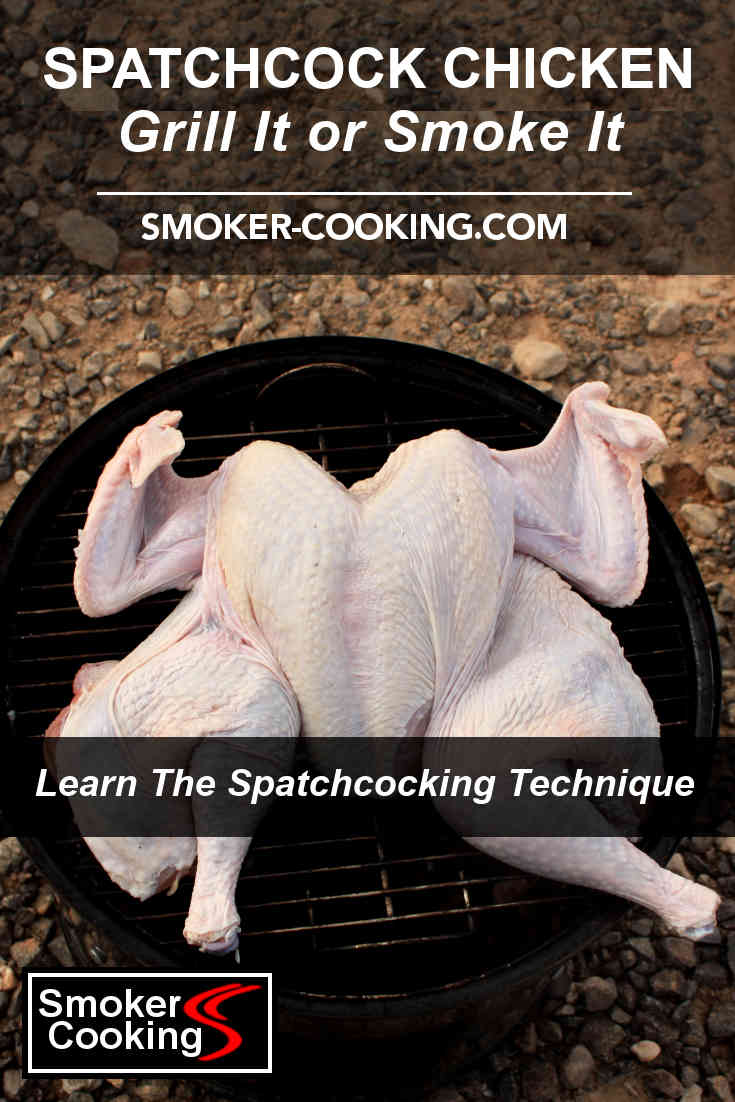 With a meat thermometer, check the temperature of the breast. If it hasn't reached 165 degrees Fahrenheit, finish grilling using the indirect method, skin side up, until it's done.

Remove the grilled chicken and let it rest, covered loosely with foil, for ten to fifteen minutes before serving.