One of my fondest childhood memories is when me and my grampa cooked grilled ribeye steaks in his backyard, under the big elm tree.

I could tell a million stories about that backyard...climbing the tree, digging worms, picking locust (cicada) shells off the tree trunk in early summer...I think this page is going to be a long one. Hope you don't mind. 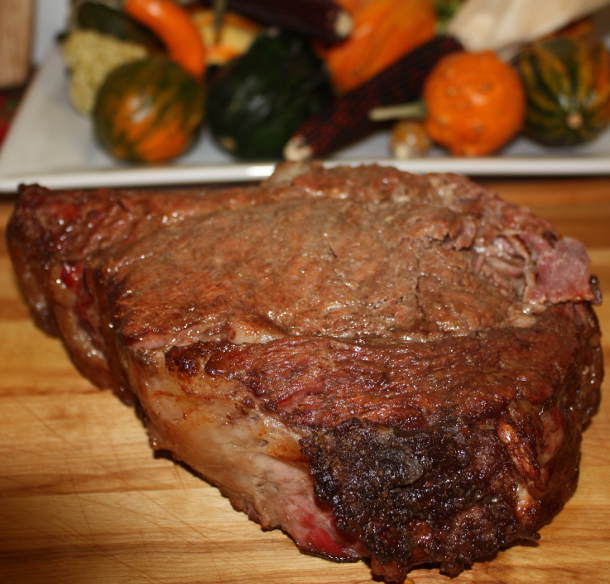 Building the Fire Creates The Bed of Coals

Little boys love fire, and I was NOT the exception. For me, I think lighting the paper under the carefully stacked kindling was the best part. Grampa had an old charcoal grill with a tilt-up cover. He never used charcoal, though. Just wood.

Oak and hickory. I'd start the kindling on fire, and then stack progressively bigger and bigger pieces of wood over it. Had to be careful they weren't too big, or the whole fire would collapse. Then I'd have to start all over again.

When the fire got big enough for small firewood-sized pieces of 2 to 3 inches in diameter, we'd get a little roaring blaze going, then let it burn down to coals. As soon as the flames died down to a bed of glowing embers, it was time for the steaks.

Grampa lived a simple life, and enjoyed the life he lived. Catching a few crappies out of Clinton Lake in spring was his Heaven here on Earth.

He farmed all his life, except for a short stint of working at Sunflower Army Ammunition Plant during WWII, when he was too old to join the Army, but still wanted to do his part.

But that's enough reminiscing. Let's get to the steaks.

Grampa's Steaks Were Something Special 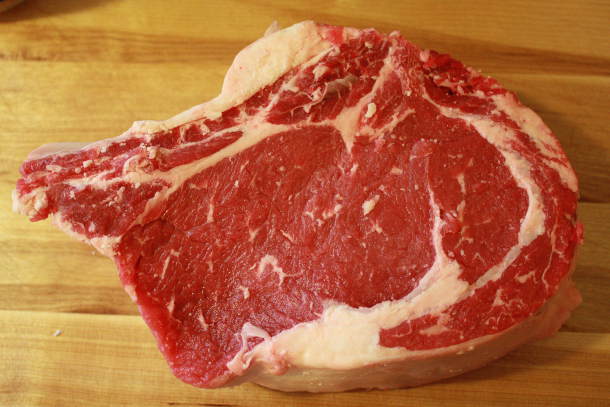 The fire was burned down to a pile of glowing embers, and it was time to get the rib eyes ready. This was Grampa's job, and I just watched. Like I said, he enjoyed it simple, and simple it was when it came to steaks.

The ingredient list for his rib eye steaks included salt, pepper, and butter. Nothing more, nothing less.

Grampa didn't throw them, but he laid them gently on the grate, like they'd bruise if he dropped them. When the steaks were in place, the grill cover came down.

The ribeye steaks cooked over those hot coals, soaking up the flavor of the dripping-fat-on-coals smoke and the wood smoke. We'd talk about he weather, or fishing, or the walnut trees or the persimmon tree that grew in the back of the place, then Grampa would open the grill, look at the steaks, and say, "I think we should turn 'em. What do you think?".

Every time, I'd say YEAH! Let me turn 'em! And he always did. That was my "job" when it came to grilling the ribeye steaks. The lid would close, and after a few more words about moles, crickets, or thunder, Grampa would open the lid and put the steaks (with a fork) onto a serving platter.

And now, onto each of the steaming ribeye steaks went a great big pat of butter. It melted and oozed across the top of the steaks, and then ran down the sides, eventually creating a pool of melted butter for the steaks to swim in.

Grampa carried the platter of buttery wood-coal grilled ribeyes up the concrete steps and into the kitchen. Gramma had the table set with all kind of home cooked side dishes. 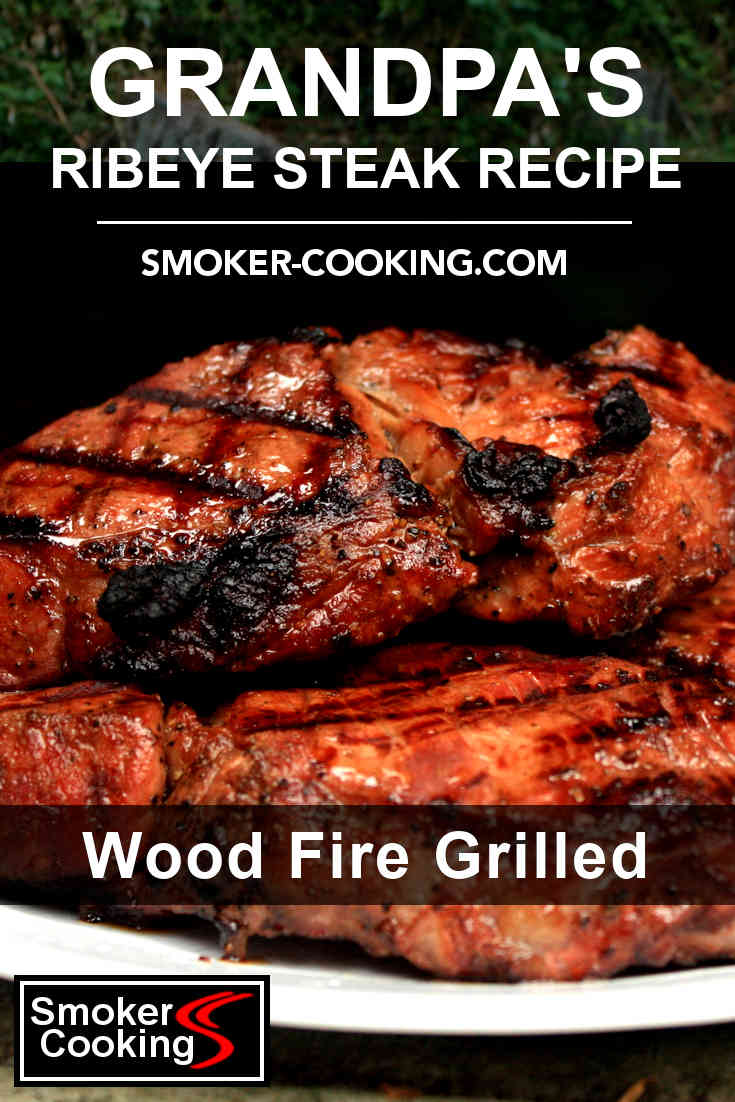 We'd start to eat, and man, was it good! Grampa's ribeye steak recipe made steaks so good they didn't need any sauce...the butter, salt and pepper added all the flavor that those steaks needed.

Those steak dinners with Gramma and Grampa ended up being my own little bits of Heaven on this Earth. They were times I'll never forget, and times I'll always be thankful for.