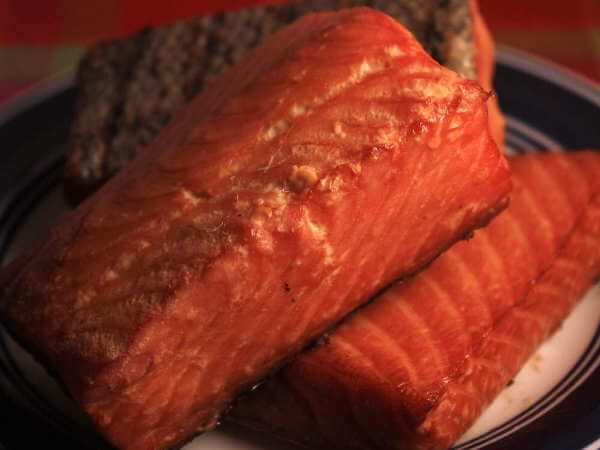 
Many rivers, including the Skagit,  Snohomish, Nisqually, Puyallup, Green-Duwamish, and the Elwha flow into the Sound, and are destinations for another resident of Puget Sound. Salmon.

The Various Species of Pacific Salmon Work Well With This Recipe

Salmon has always been a big part of the culture and cuisine of the Seattle area. Salmon was a staple food of the Native Americans, and early settlers relied heavily on salmon as a reliable and plentiful food source. Commercial fishing for salmon was a large part of the early Seattle economy.

Salmon is still plentiful in the area. Sport fishing for salmon is an annual tradition for the residents and visitors. Runs of Coho, King, Sockeye, and Chum salmon arriving at different times of the year provide abundant fishing opportunities.

And there are some big ones. Anglers catch sixty pound Kings every year. My youngest son, Joshua, has on several occasions latched on to monster salmon that were uncontrollable. They'd run, and run, all the way to the end of the spool. Then SNAP! Man, what a heart breaker! The big one that got away!

Anyway, enough reminiscing. Let's get on with this smoked salmon recipe. Joshua turned me on to this one. I don't know where he got it, but I'm glad he did. This sweet and spicy brine makes a smoked salmon that disappears fast.

If you catch your salmon out of the fish market, be sure to choose one that has the qualities you're looking for.

Add the sugar to one quart of the water. Heat the mixture until sugar has completely dissolved, stirring often. Remove from the heat and add honey, stirring until dissolved. Add the garlic, onion powder, pepper and Old Bay and cover the pan. Let it steep for 5 minutes.

Add the spice-syrup mixture, the salt, and the soy sauce to the remaining two quarts of water and stir until the salt is dissolved. Refrigerate the brine overnight.

Next prep the salmon. Pull the pin bones out if they are present. Cut the salmon into 2-inch wide pieces and add the fish to the brine. Brining will take from six to twelve hours, depending on the thickness of the salmon.

Salmon over one inch thick should brine for eight to twelve hours. For thinner salmon, six to eight hours is fine.

Remove the salmon from the brine , rinsing quickly. Put the salmon on racks to dry. When the pellicle has formed, smoke the salmon using the hot smoking method.

This recipe for smoked salmon turns out a great tasting treat. This is the one that didn't get away! 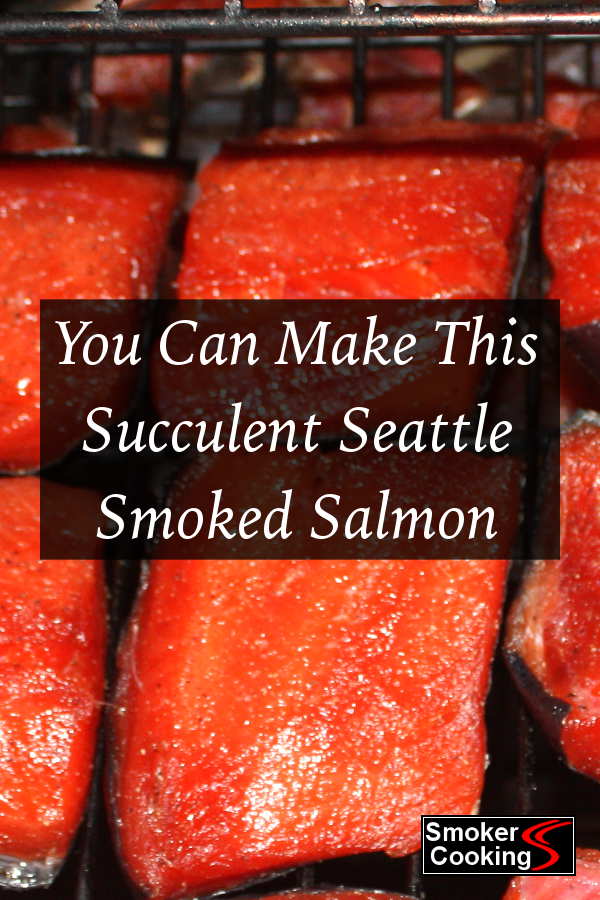