A Smoked London Broil Has Tons of Flavor

Are you as confused as I? Just what is a smoked London broil? Officially, as I can best reckon, that dish doesn't actually exist. Take a little journey 10 years into the past, when I lived in the Great Northwest. 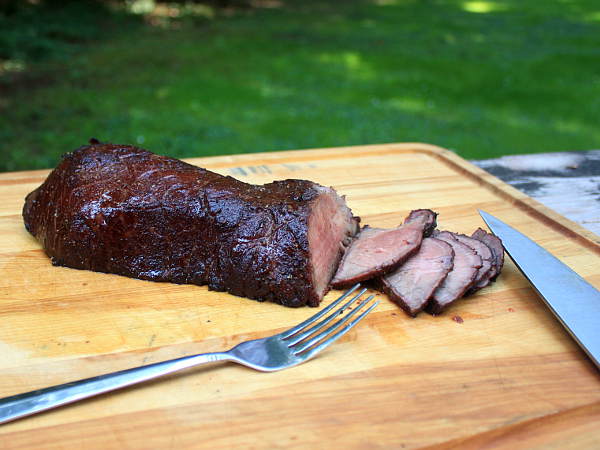 After smoking many cuts of meat labeled as "London Broil" by the grocery meat departments in Washington state, I thought I knew what I was doing. Smoking London broils.

Fast forward several years, after I moved from Washington state to Kansas...

I go to the local grocery store to get a London broil to smoke, and the butcher says "Huh? London broil's not a cut of meat. It's a cooking method."

He went on to tell me, "London broil started gaining popularity back in the 1930's, and was usually a marinated, broiled flank steak. Now, more often than not, a top round roast or steak is the cut of choice.

So I keep calling 'em by the same name. It can be hard to teach an old, worn out dog a new trick. 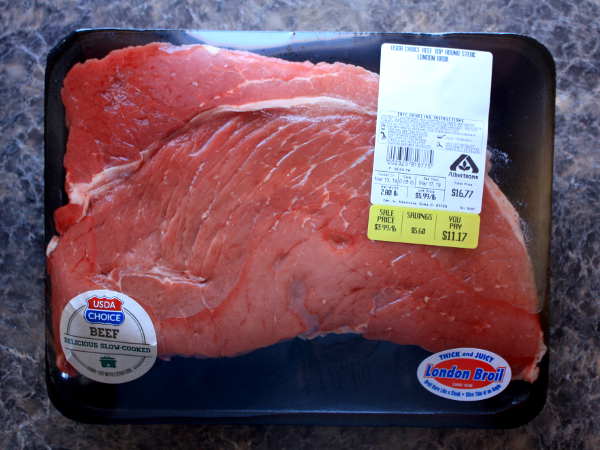 No matter what it's called, it's smoked, not broiled, and it's a top round roast or flank steak. This recipe is good for up to 5 pounds of beef.

Whisk together the Worcestershire sauce, soy, vinegar, wine and dry ingredients. Whisk in the oil, making an emulsion. If you don't have a whisk, or the energy to whisk, use a blender or food processor. Pour the oil in very slowly so it incorporates and thickens the marinade.

Marinate the top round for at least 6 hours, and preferably overnight. 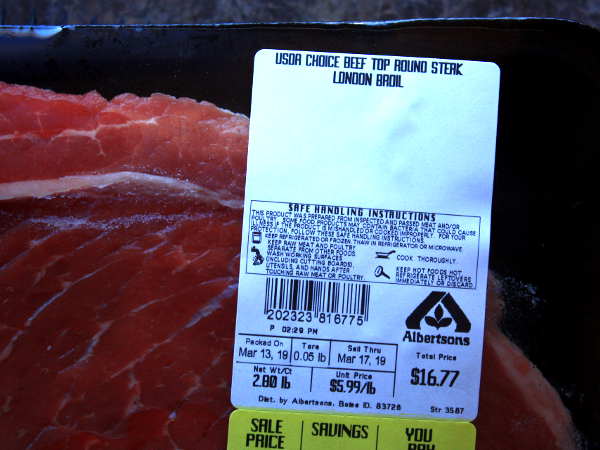 This can be cooked in a smoker, or grill-smoked in your Weber kettle or your gas grill.

Preheat your smoker or grill (smoker to 225-250 degrees Fahrenheit, grill to 300-325 degrees). Add some smoker wood (oak is very nice with this recipe), and once the smoke starts rolling, position the beef roast on the grate and close 'er up.

This cut of meat is best cooked to medium rare, or 140 degrees. Since meat continues to cook after it's taken off the heat, pull it out and let it rest when the internal temperature reaches 130-135 degrees. Cover it with a piece of foil, and leave it be for 20-30 minutes.

Juices redistribute during the rest period, which makes the smoked London broil much more moist when served. Slice across the grain, at an angle, and into very thin slices.

For a different flavor experience, on you next trip to the land of London broil, try this great marinade recipe. 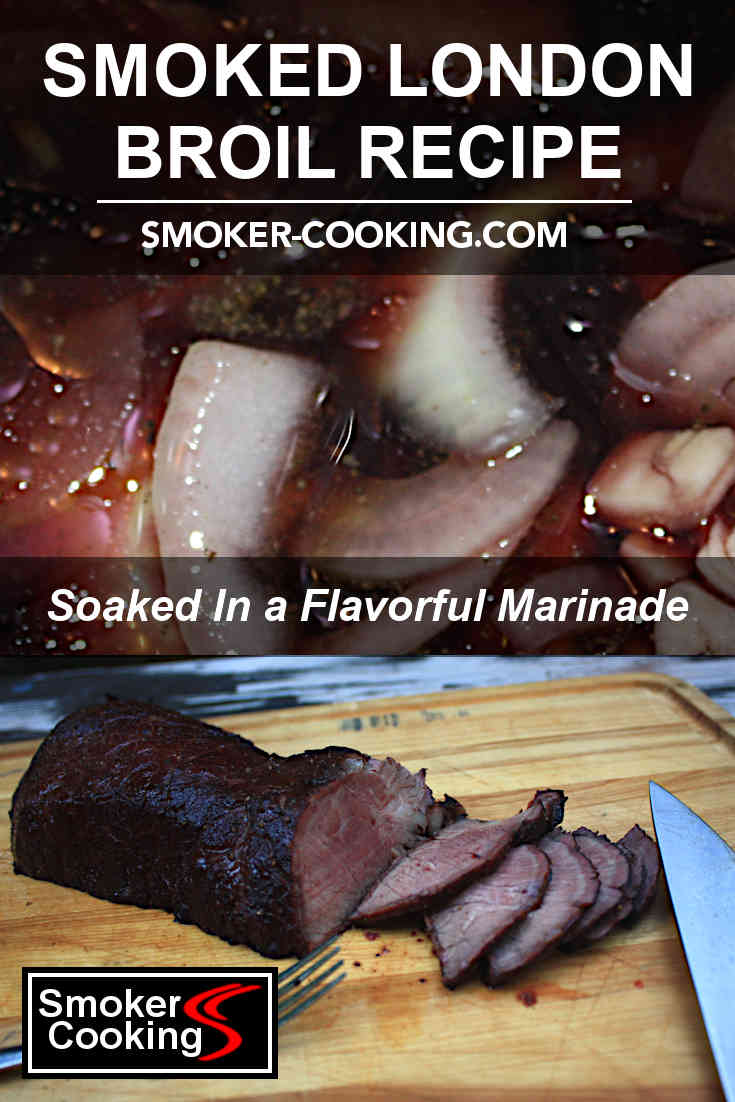