When To Apply BBQ Sauce
To Smoking Ribs

When do I apply the bbq sauce to my Smoking Ribs? I've heard some people recommend putting the sauce on before the ribs are put in the smoker. And others say to wait until the ribs are almost done, and only brush on the barbecue sauce during the last ten or fifteen minutes of smoking. Who's right? When do I put sauce on my ribs? 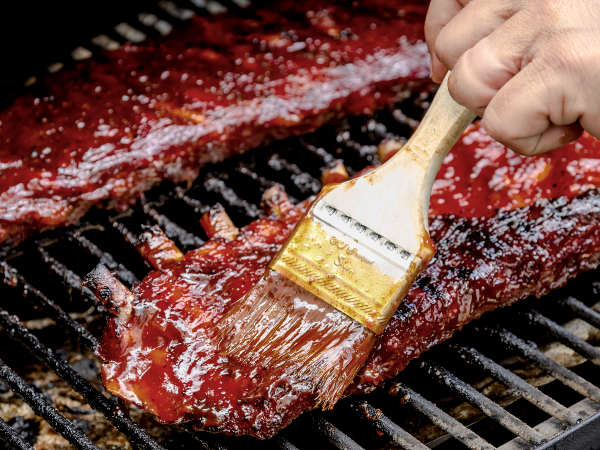 Comments for When To Apply BBQ Sauce to Smoking Ribs

When do you slather on the bbq sauce? It's generally accepted that the sauce goes on during the last 15 minutes or so of smoking. But that depends on the temperature inside the smoker, too.

If the smoker is running at 250 or above, then saucing shouldn't be done any sooner than 15 minutes before they're taken out. Less if the smoker temp is up higher.

Otherwise the sauce will first caramelize (good to a certain extent), and then begin to char and burn, ruining the flavor of the ribs.

And when the sugars in the sauce burn, the foul taste goes deep into the meat quickly. And it can't be washed away completely (if that's what you were thinking...) 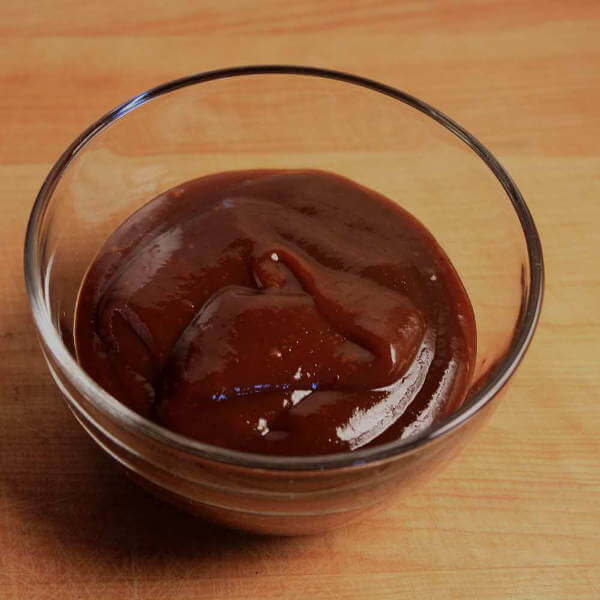 If the temperature is down closer to 200 degrees, the sauce won't burn and it wouldn't be a problem saucing them a half hour, or even longer, before they are done.

And that can be a good thing if you enjoy a thick, sticky sweet layer of good bbq sauce attached to the ribs every once in a while. I do this at times, and give the ribs two or three applications of sauce, letting each dry and thicken up before adding the next.

This will create a nice, thick coating of concentrated sauce on the ribs, perfect if you enjoy them really sweet. 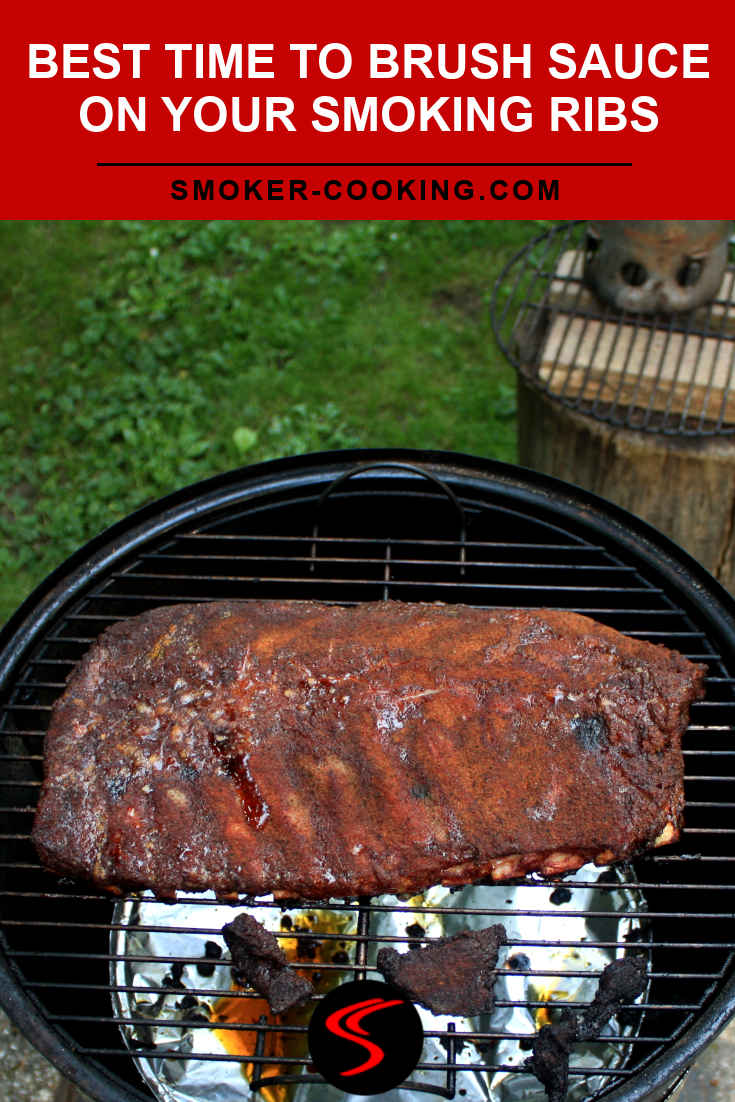 One other factor is the sweetness, or sugar content of the bbq sauce. If it's not sweet, it will be more forgiving when exposed to heat for an extended amount of time.

For the most part, it's the sugars that burn and cause problems the quickest, but other ingredients will burn too, like the tomato sauce or ketchup in red sauces.

If you mop your ribs as they're cooking, you can start anytime after the first hour or two of smoking. The seasoning is fixed to the surface of the rib slabs and the mop sauce won't wash the flavor off.

Mop sauce has little to no sugar, so there's no chance of it burning and creating off flavors. Apple juice is often used to baste the ribs periodically, and even though it's sweet, the small amount of sugar in the juice won't be a problem.