If you make one batch of these stuffed jalapenos, you'll be making them about every time you grill. People like 'em so much, they'll be begging you for more.

The recipe for these grilled appetizers is pretty straightforward, but preparation requires a little effort. 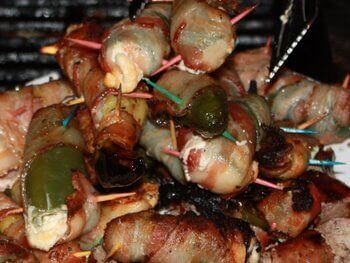 The work involved with removing the seed cores from the peppers, then stuffing the filling into them can be kind of tedious, but it's really worth the trouble.

These things are good! Here's what you'll need to make a batch of these cheese stuffed, bacon wrapped appetizers.

Use a Carrot Peeler to Remove Cores

A simple vegetable peeler has the perfect shape to ream out the seedy jalapeno cores. Stick it in... 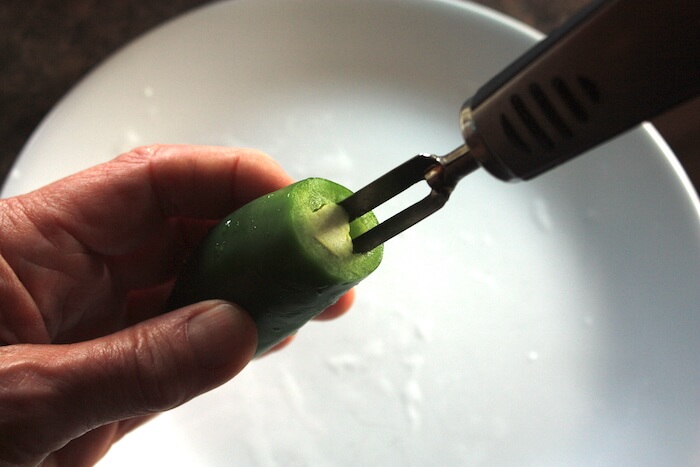 Then give it a twist, and while rotating, pull out the core. Works great (almost) every time! 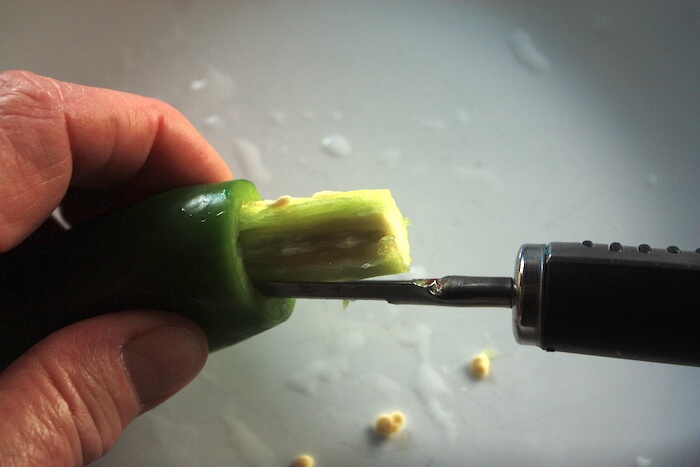 Cut the tops off of the peppers and remove the seed cores. I use a carrot peeler, which works really well. Combine the softened cream cheese, the smoked cheddar, salt and the garlic.

Using the handle end of a teaspoon (the kind you eat with), stuff the cheese into the peppers, filling them about level to the top.

A half-slice of bacon is then doubled up and draped over the top of the pepper. Run a skewer through the peppers, securing the bacon.

Optional Fillings Can Be Used

Jalapeno peppers are really tasty when filled with sausage. I really like the combination of fresh, mild Italian sausage with the bite of Jalapeno pepper flavor. 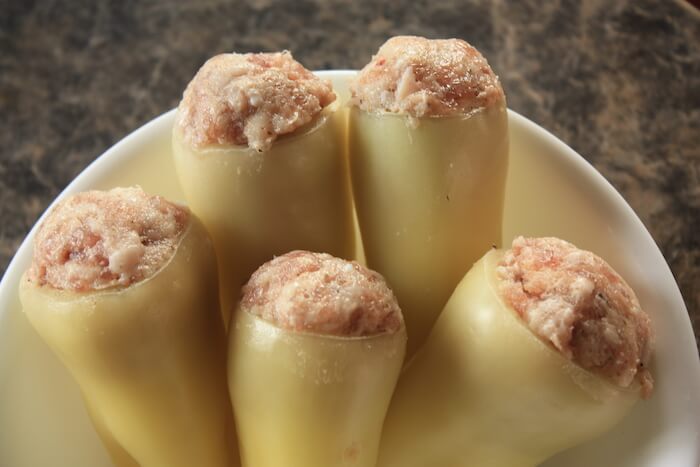 If you desire something with a little less heat, look for mild Hungarian peppers. They have very little heat, plus they have a nice flavor.

There is also a variety of Hungarian pepper that is hot, so be sure of what you're buying if you're dead set on mild peppers. Sneak a bite of one 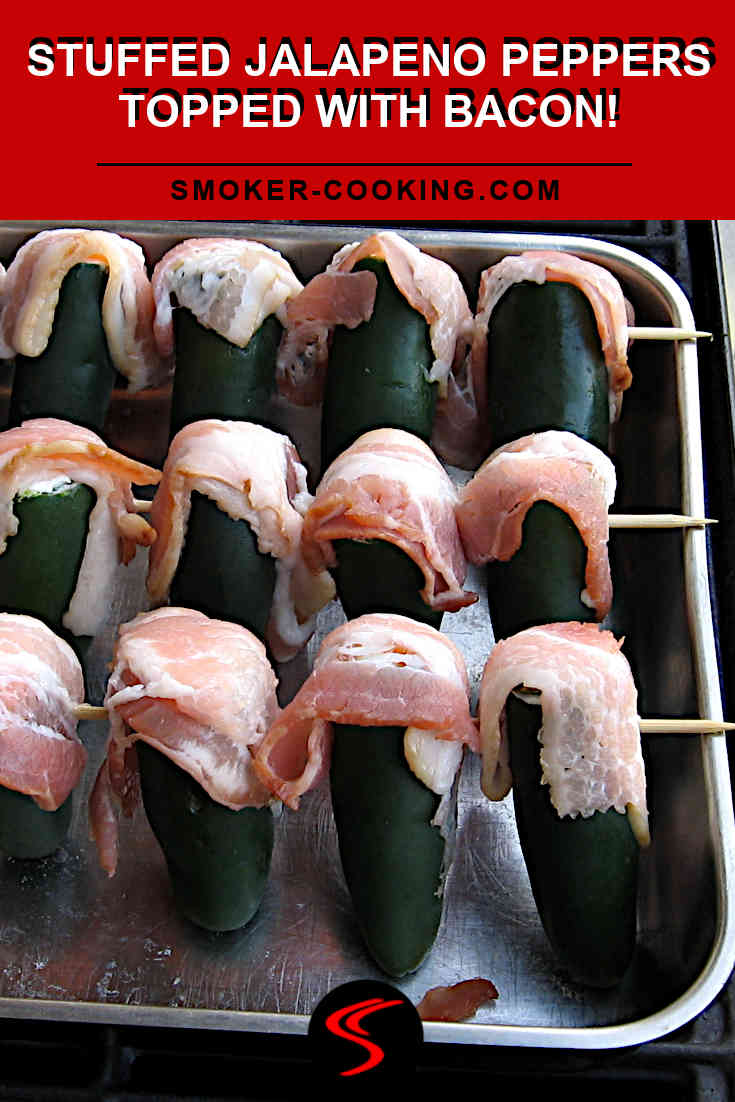 The bamboo skewer also holds the peppers upright as they grill, with each end placed on the side of a baking pan.

Grill the stuffed jalapenos with indirect heat until the peppers have become soft, and the bacon is crispy.

FYI- as the jalapenos soften they'll lose some of their heat.