The USDA Revised Pork Done Temperature Is a Great Change!

If you like your pork tender and juicy, rejoice! The revised pork done temperature has been lowered to 145 degrees Fahrenheit from the previous recommendation of 160 degrees. 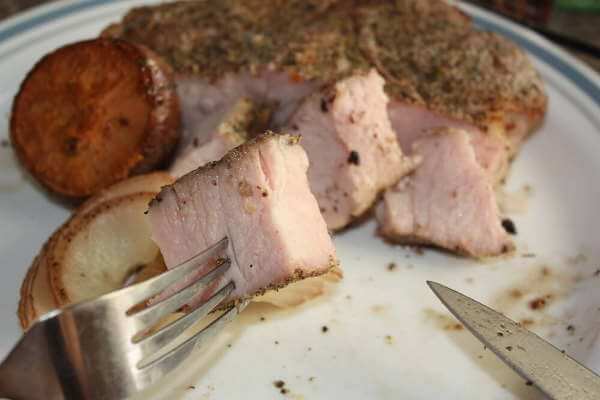 YES! THAT BITE OF SLIGHTLY PINK PORK CHOP IS SAFE TO EAT!

The new guideline also includes a requirement for a three minute rest period after the meat is removed from the heat. What this does is allows the temperature to equalize, raising the internal temperature a bit more. And anyway, resting meat before serving always improves flavor and juiciness.

The New Pork Temperature and Grilling

How does the new USDA pork temp guideline affect you when grilling your favorite cuts of pork? Sure, the meat will be more tender and more juicy, but what else? 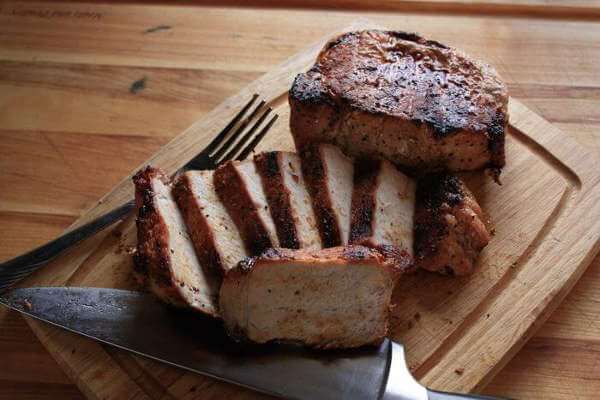 Cooked to 145 degrees, the meat will have a slight pink color, which for ages was a big no-no. We were always taught that if pork was pink, it wasn't done, that it was dangerous. But that's no longer the case.

Your cooking time will be shortened. That's a welcome benefit of the new guideline. Who doesn't start getting hungry as soon as the grilling pork aroma hits the nose! So quicker cooking is another plus. 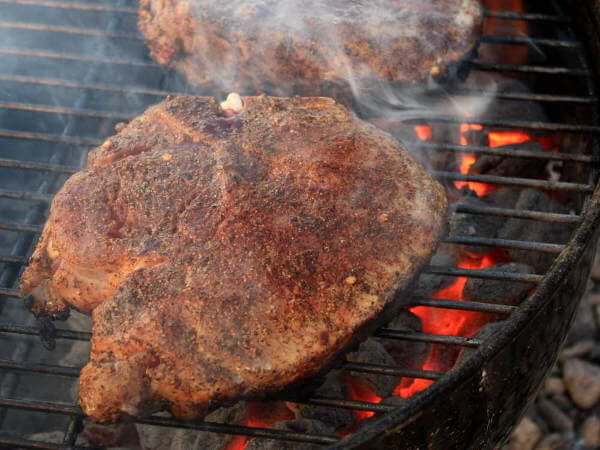 For many cuts of pork cooked in your smoker, this new guideline will have no affect. Pork shoulders and Boston butts will still be cooked to the 190-200°F  range, which makes them fall-apart tender. There will also be no changes in the way you smoke your baby backs and spare ribs.

But if you're smoking a nice pork loin, or pork tenderloin, or a fresh, uncured ham, you'll be able to take advantage of the new pork temp guideline. These cuts of pork are actually best if cooked just until done. Because they are lean, an attempt to cook them to the falling apart stage will make them dry and chewy.

Another cut of pork that you'll be able to serve when cooked to 145 degrees is country style ribs. Even though they're great when cooked in the smoker up to the 190 degree range, they are also good when cooked until just done. Try them both ways and decide which you like best.

Use a Meat Thermometer In Your Pork For Perfect Results 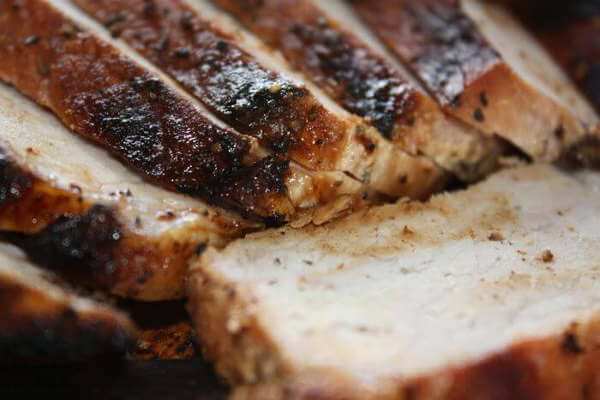 This almost goes without saying... but I'll say it anyway. Use a good quality, accurate meat thermometer to check the internal temperature of the pork you're grilling or smoking. Center the probe in the deepest part of the cut, and when it reaches 145 degrees Fahrenheit, it can come off the grill or out of the smoker.

You can use an instant read thermometer if you want, but by using a digital remote thermometer, you'll minimize the amount of time the grill or smoker is open, and shorten cooking time.

Be sure to let your pork rest for at least three minutes after removing it from your smoker or grill. You'll find that the internal temperature will rise about 5 degrees, more or less, depending on the temperature of your grill or smoker, and the size and shape of the meat. During the rest period, the meat fibers relax, allowing them to absorb the juices.

Learn more about the USDA Revised Pork Cooking Temperature from the FSIS, the Food Safety and Inspection Service.

With modern pork farming there's no need to worry about trichinosis. Commercial pork has been free of trichinosis for many years. However if you ever happen to come across some wild hog meat, you should cook it to 160 degrees, since wild hogs can carry the parasites.

The new pork cooking temperature change is long overdue. Professional chefs have been cooking pork to this medium rare temperature for a long time, with no ill affects.

So start enjoying medium rare pork if you like. But if you're attached to the old belief that if it's pink, it's not done, go ahead and cook it to 160˚ and be happy. 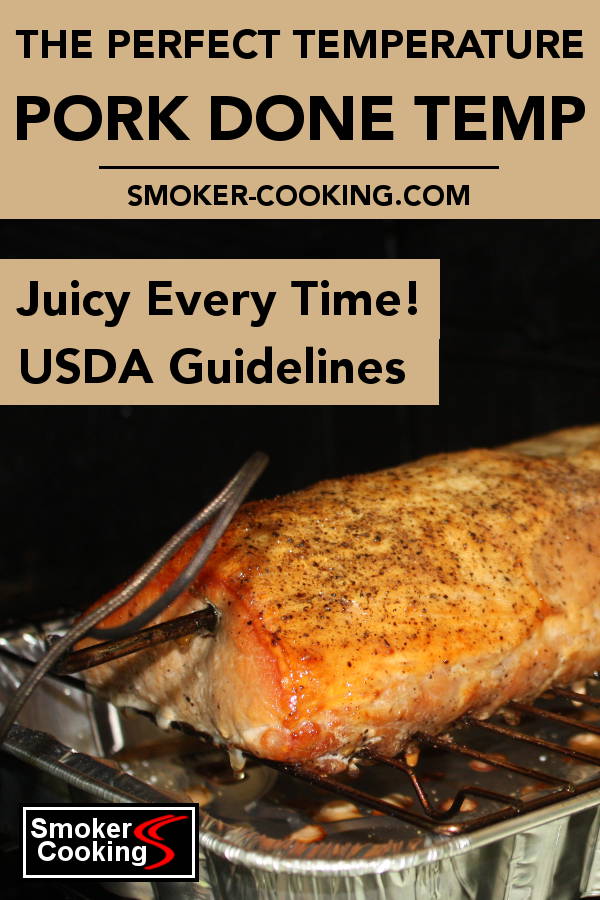